Your browser does not support JavaScript!
RESULTS

Bartolacci and Irey Conquer "The Road"

Tom Bartolacci, Jr. (left) and Roc Irey with their

Spring House, PA - Old York Road Country Club showed it's teeth this week at the 19th Senior Better-Ball Championship. As is customary at "The Road", the greens were tough. Although, the greens are also where the champions show why they are holding the crystal at the end of the day.

Three weeks of little precipitation have created firm and fast conditions, so the players were forced to think about every approach shot. One miscalculated iron shot would result in a tricky chip shot from just off the green, in the thick rough.

Tom Bartolacci, Saucon Valley Country Club, and Roc Irey, Lookaway Golf Club, have teamed up for the PA Senior Better-Ball Championship for the past 3 years. They won the event by four shots in 2009 at Commonwealth National, and finished T-4 in 2010 at West Shore Country Club. Needless to say, they make a good team, and compliment each other very well. 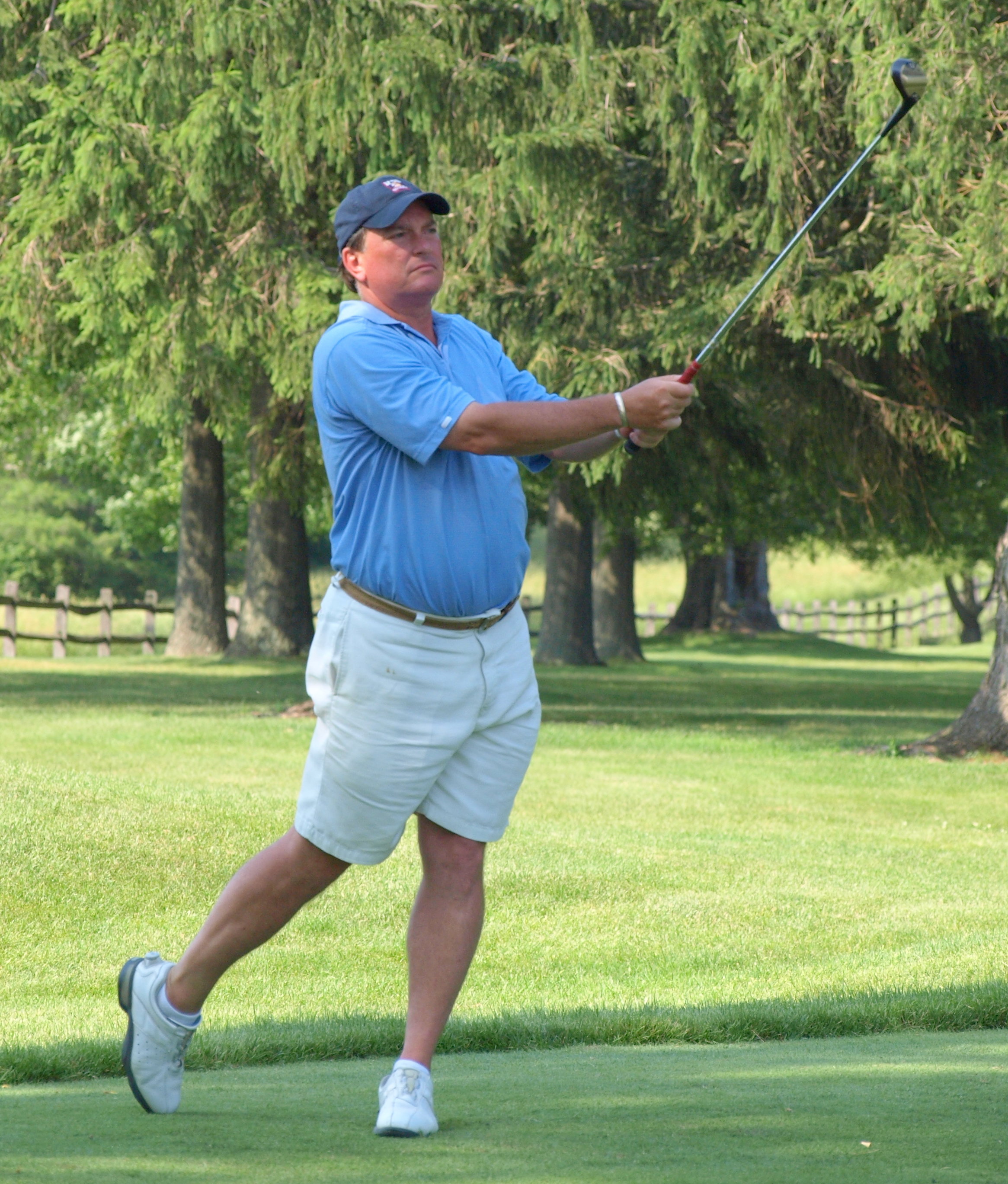 Chick Wagner holds his pose after hitting his

persimmon 7-wood on the 16th tee

Chick Wagner, Oakmont Country Club, and Bob Allshouse, Hannastown Golf Club, made a charge during the second round. Even-par after the first round, they posted a 2-under-par front nine score, with birdies at the 402 yard, par 4, 7th hole, and the 330 yard, par 4, 8th hole. At that point they had tied the lead.

Bartolacci and Irey also birdied the 8th hole and made the turn at 3-under-par. The duo caught fire in their final six holes, carding birdies on holes 13th, 14th, and 16th to distance themselves from the field. Wagner and Allshouse, two groups ahead, tried to apply pressure with a birdie on the, very difficult, 411 yard, par 4, 17th hole, but it ended up being too little too late. 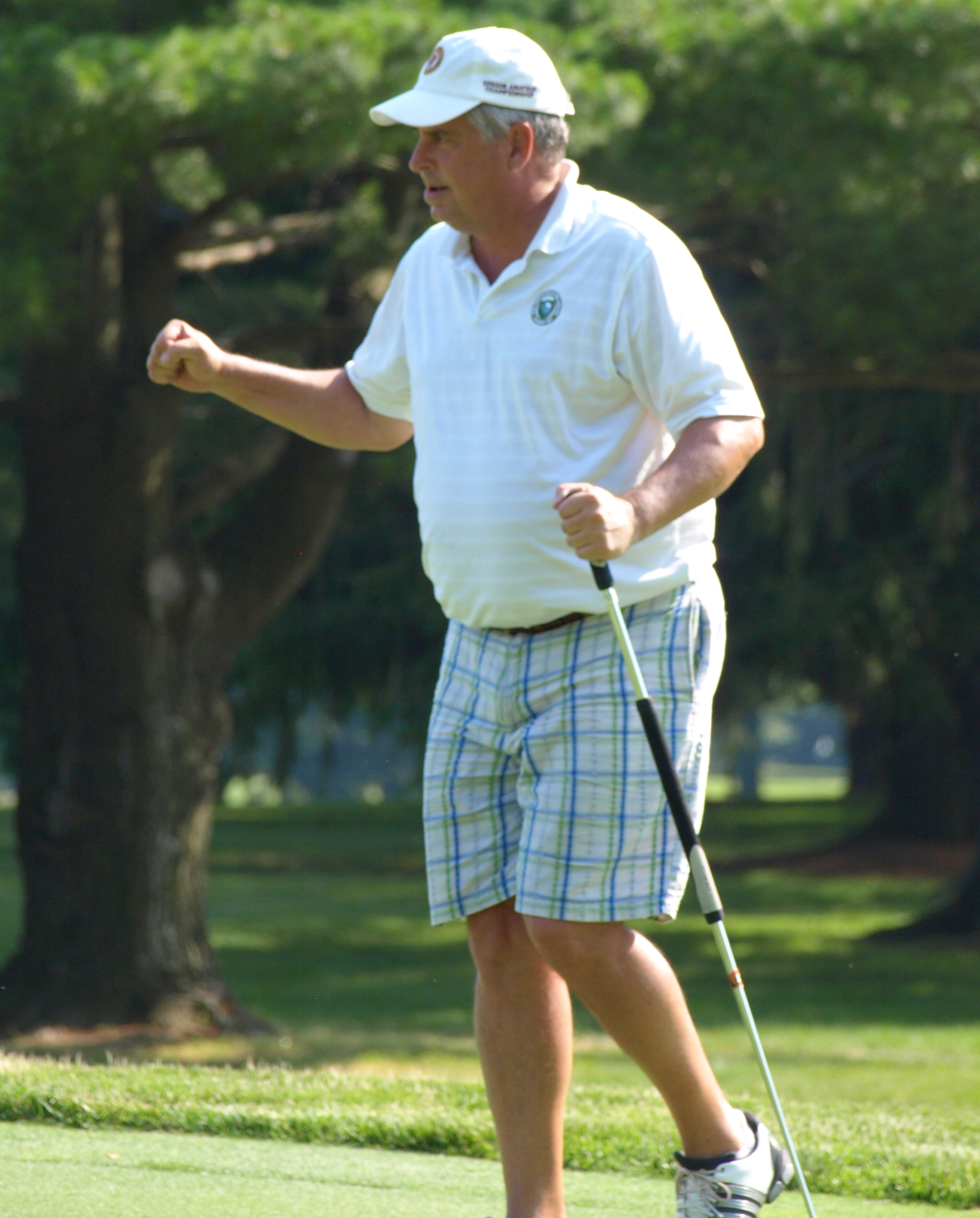 Roc Irey gives a fist pump after holing a

birdie putt on the 16th green

Knox and Sherratt Do It Again 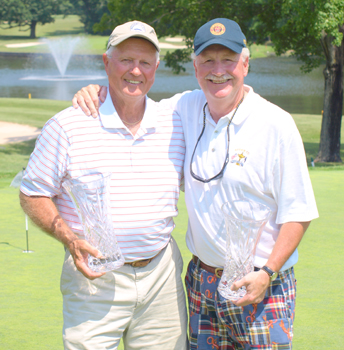 King Knox, Lancaster Country Club, and Jim Sherratt, Buck Hill Falls Golf Club, are not strangers to the winner's circle. This year marks their third Senior Better-Ball title as teammates. Sherratt has been a long time member of Old York Road Country Club, but has recently moved to the Pocono's, so he knows the course pretty well.

Knox and Sherratt posted an 1-over-par, 72, in the first round, which included two birdies and three bogeys. They began the second round tied for third place, one shot back of Alan Beily, Deer Run Golf Club, and Tom O'Rourke, Chester Valley Golf Club, and also the team of John Snyder and Richard Genoni, Waynesborough Country Club.

Beily and O'Rourke played some solid golf for 16 holes, holding the lead for most of the morning. Knox and Sherratt knew what they needed to do to put the pressure on their rivals in the group behind them, but were not able to get any birdies to drop on their final nine holes. 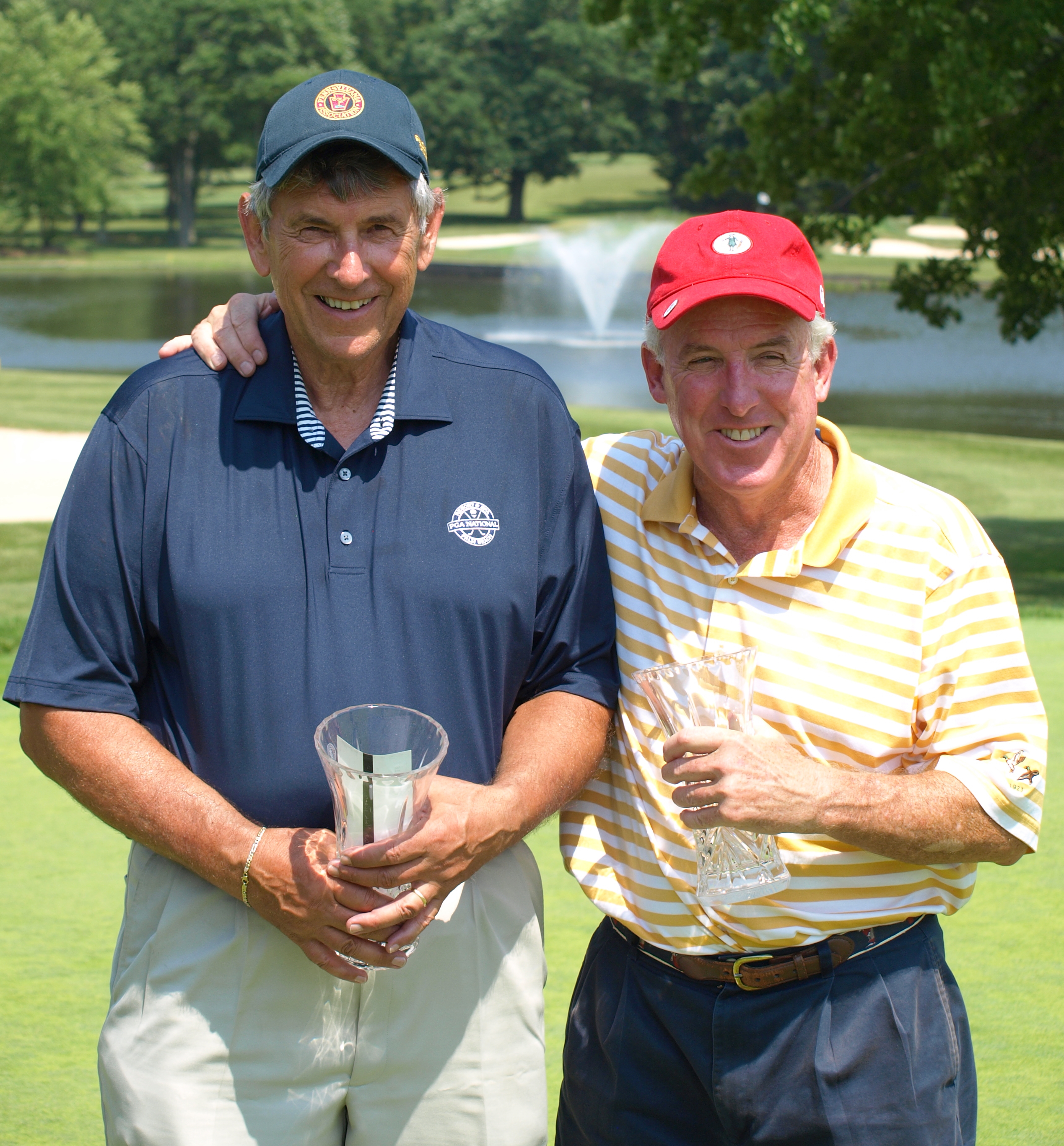 Beily and O'Rourke held a two shot lead standing on the 17th tee. They knew what they had to do to capture the title. A slip up on the seventeenth lead to a bogey, left room for a par on the 18th to secure the victory. Unfortunately, they were not able to capitalize and walked off the green with another bogey to fall into a tie with Knox and Sherratt.

The players then played the 1st hole, a 330 yard, par 4, for the sudden death playoff. Both teams made routine pars, and off to the 2nd hole they went. Beily and O'Rourke struggled to make bogey and a par by Knox and Sherratt was good enough for the title.

Special "Thank You" to the membership and staff at Old York Road Country Club for hosting the event at their beautiful facility. The staff was fantastic and the golf course was remarkably prepared. Thank you to David McKenzie, Joe Wurtz, and Josh McClarren and their terrific staffs for a job well done. 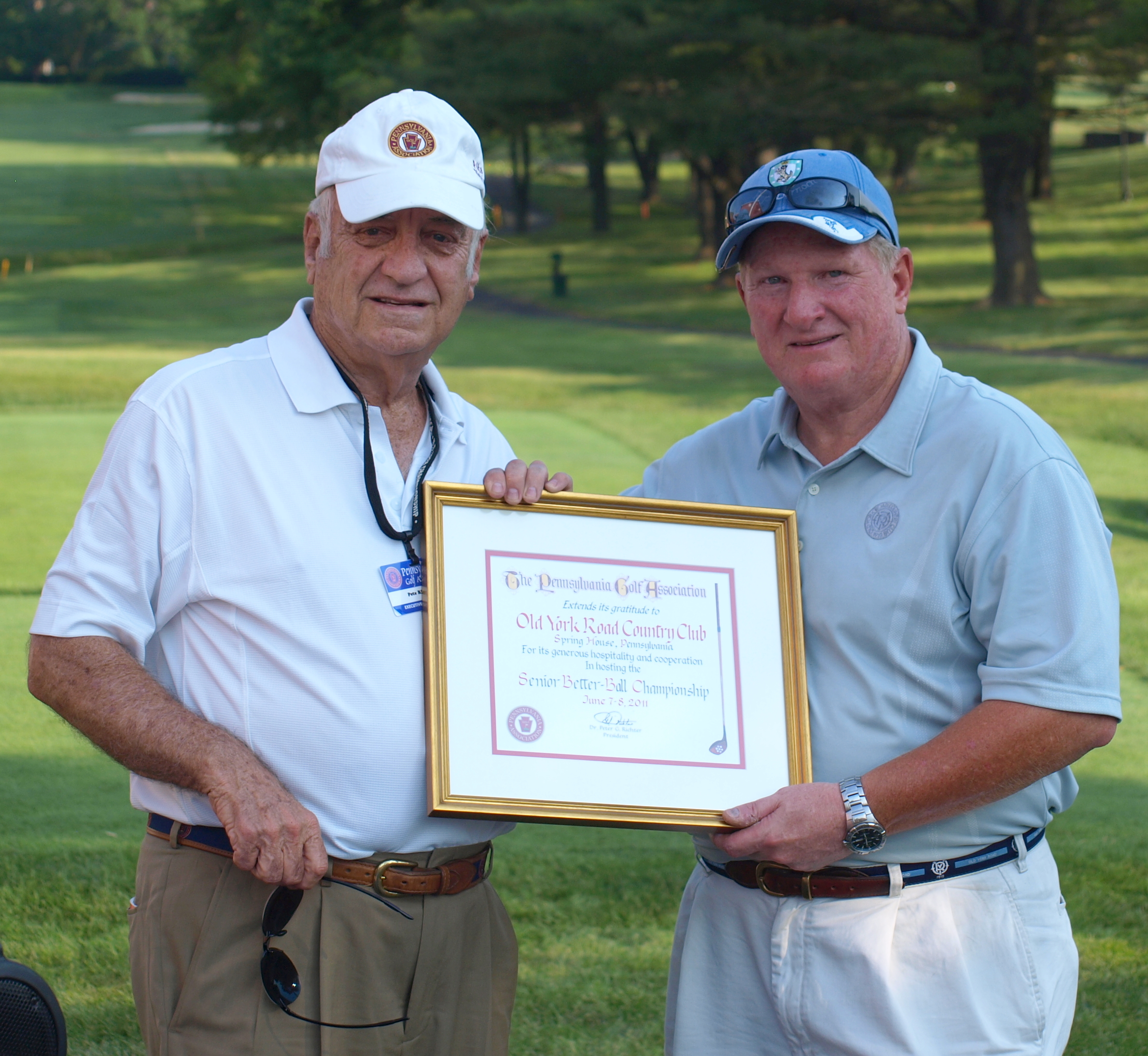