36 Holes Not Enough To Claim the Father-Son Championship 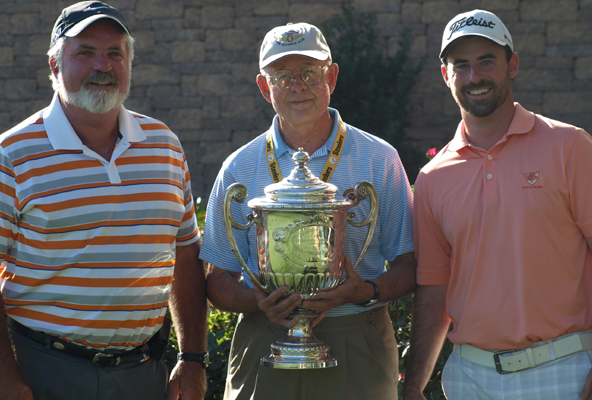 Hershey, PA – The Hershey Country Club, once again, would force a playoff in a championship round. The 3rd annual Father–Son Championship would need 37-holes to determine the champions.

After the first 18-holes, the Gunerman duo would be ahead of the pack, carding a 4–under par 68. Their lead would not hold for long in the second round however, as they would give back two strokes on their front nine to fall to 2–under for the tournament. With nine holes to play, the Gunerman's would be tied with the Williams tandem, and put them one stroke behind the Widdoes group.

For the Widdoes, the second eighteen would tell a completely different story. Coming into their second eighteen Aaron & Pete Widdoes were two strokes down and needed to play the Hershey Country Club East course to perfection. After turning at 1–under, 35, the Widdoes would go out with a one shot lead over the first round leaders.

The Widdoes however, were not alone at the top as Eric (2011 Co-Player of the Year) & Irv Williams were making a charge after their 1–under front nine. The Williams, a group ahead of the Widdoes, would begin their back nine with a birdie on 10 (par 4, 393-yards), and a share of the lead.

Not lost in the shuffle of birdies and pars were the first round leaders. The Gunerman’s were scrambling on each hole to make par, and doing it in impressive fashion. On 11 (par 4, 420-yards), Joe Gunerman would be playing his fathers second shot from the 10th hole’s fairway. With a gap wedge in hand he would clear the set of 5-story trees that stood between he and the green to come within 20 feet of the hole. They would go on to par 11 and the next four holes until their tee shots on 16 (par 3, 170-yards) found the water and the greenside bunker and force them to settle for a bogey. 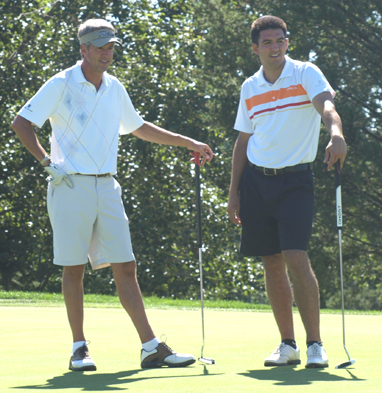 The focus and pressure now would shift to the Williams and Widdoes groups. On 16, Irv Williams would nestle his tee shot within 5-feet of the flagstick and leave Eric with a routine birdie putt to put them alone in first place. Heading to 18 (par 4, 379-yards) the Williams knew they just needed a par to put the onus on the Widdoes to force a playoff. Their fairway iron would put them within 15-feet and, what would appear to be an easy two-putt for par. The deceptive greens would claim another victim as the Williams would three-putt for bogey, and drop to share the lead with the Widdoes.

The Widdoes came to the 18th with a share of the lead and only needed a par to force a playoff. Aaron's drive was hooked severely left, and the elder Widdoes would block his tee shot to the right and just over the fairway bunker. Taking his father’s lie, Aaron would knock his second shot just over the green and onto the fringe, 30-feet away from the flagstick. From there the Widdoes would two-putt and force a playoff with the Williams. 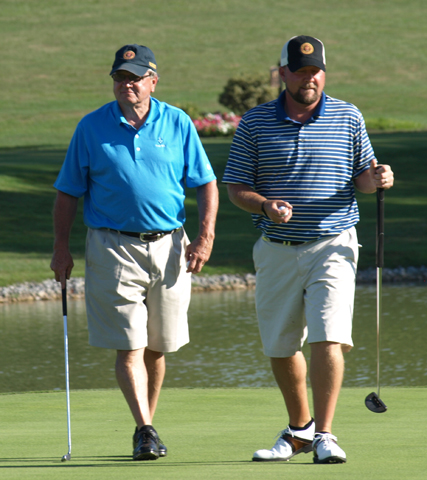 The Williams and Widdoes would take the short ride up to the 18th tee box to determine who would be the 3rd annual Father–Son Champion. Eric Williams would step up to his tee shot and blast it down the middle of the fairway to within 100 yards of the green. After Pete’s tee shot found the rough to the left, Aaron’s tee shot would come to rest in the middle of the fairway, 213-yards away from the flagstick.

Pete Widdoes would need to make an impressive second shot from 213-yards in order to give them a chance for the championship. He would take his 4-iron and drop his shot 3-feet over the bunker and come to rest 8-feet from the hole. Irv Williams’s second shot put the Williams 20-feet away with an uphill putt for birdie. Eric would leave his birdie putt 3-feet short and place the pressure squarely on his peer, Aaron, to sink the deceptively slow 8-footer.

Aaron calmly settled in beside his putt and stroked it into the back of the cup to lock up the 3rd annual Father-Son Championship with a birdie. After 37 holes the Widdoes would end their championship quest with their first ever Championship finish together. 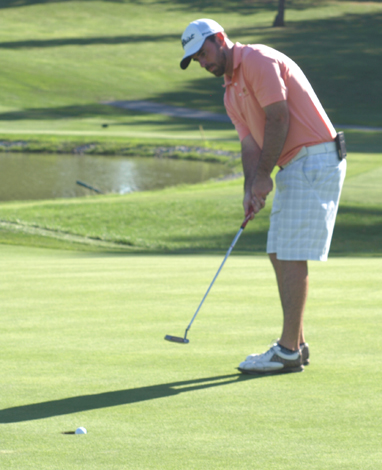 The winning putt by Aaron Widdoes

In the senior division Peter & Chris Gebhard took the pole shot and never looked back. After carding a 69 in their first round, they would outlast the Marek tandem on the East Course at Hershey Country Club and claim the Senior Father-Son Championship Title. 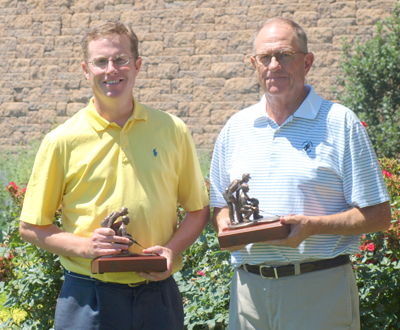 Also claiming a championship trophy were Austin & Rob Lauver III in the Junior Championship division. The Lauver’s outlasted the Strohl duo by notching a junior championship best 180, after 36-holes. 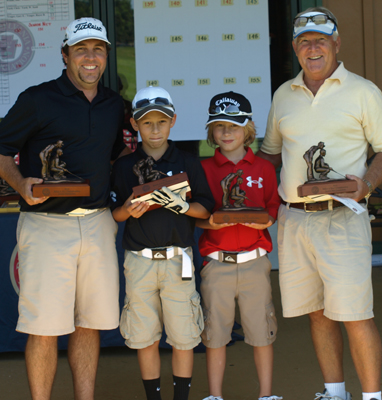 The Father & Son Championship is played over two days, the first being played at The Hershey Links Course, and the second played on The Hershey Country Club's East Course. The competition is played in Chapman format: both players hit their drives on the tee, for the second shot player A hits player B’s ball and player B hits player A’s ball, for the third shot the players select which ball they would like to play and play alternately until the ball is holed.