Amateur Player of the Year Award

Schlachter Repeats as Senior Player of the Year 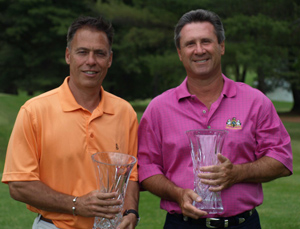 Schlachter's season started out with a championship showing at the R. Jay Sigel Senior Amateur Match Play. He followed that up with a Better-Ball Championship repeat win with partner Joseph Cordaro of Pittsburgh Pa. Schlachter finished second in the Senior Amateur Championship at his home course, The Club at Nevillewood. He also was runner-up in the Art Wall, Jr. Major, held at Totteridge Golf Club.

Paul has been very active on the National level for many years. He continued his dominance this year by earning Player of the Year points in six national invitationals. Those events include: National Senior Hall of Fame, Adams Golf Senior Invitational, The Senior Masters, The Riverwood Invitational, The Gateway Invitational, and the Senior Porter Cup.